Traditional AC units and furnaces can be noisy and disruptive. By contrast, most geothermal units aren’t any louder than a standard refrigerator. Since a geothermal HVAC system has many of its parts underground, you’ll barely hear it operating.

2. They Run on Renewable Energy

Instead of running on coal or gas, a geothermal HVAC system ultimately runs off the heat generated by the sun. Therefore, its power source is more recyclable and sustainable than any other HVAC setup on the planet. If you’re looking to move away from fossil fuels and lower your carbon footprint, then a geothermal unit might be what you’re looking for.

3. They Have a Long Lifespan

Some geothermal HVAC components have 50-year warranties, and most units last twice as long as their traditional HVAC counterparts. Since the unit’s heat pump is underground, it accumulates much less wear and tear than an AC unit or a furnace that’s sitting in your basement.

4. You’ll Have a Lower Electric Bill

Energy-efficient HVAC systems are often budget-friendly, and geothermal units are no exception to this rule. Since these units reduce your home’s energy consumption by up to 50%, you’ll no longer have to dread getting your electric bill every month. Compared to a standard furnace, a geothermal heating system is between 50% and 60% more efficient.

If you’re thinking about replacing your traditional HVAC system with a geothermal unit, our expert team can make sure you get everything set up correctly. For geothermal installation services, contact R.A. HOY Heating & Air Conditioning to schedule your appointment. 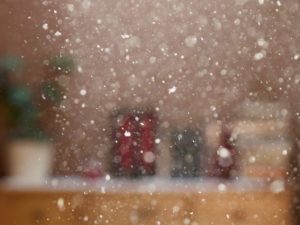 Why Is Water Coming out of My Furnace in Avon, NC?

A leaking furnace can result in water damage in your basement or room where you have your furnace. A leaking furnace needs… Continue Reading Why Is Water Coming out of My Furnace in Avon, NC?…

Have You Scheduled Your Fall HVAC Tune-Up in Nags Head, NC?

Now that it’s fall in Nags Head, NC, is your heating system ready to handle the temperature drop? The later months of… Continue Reading Have You Scheduled Your Fall HVAC Tune-Up in Nags Head, NC?…